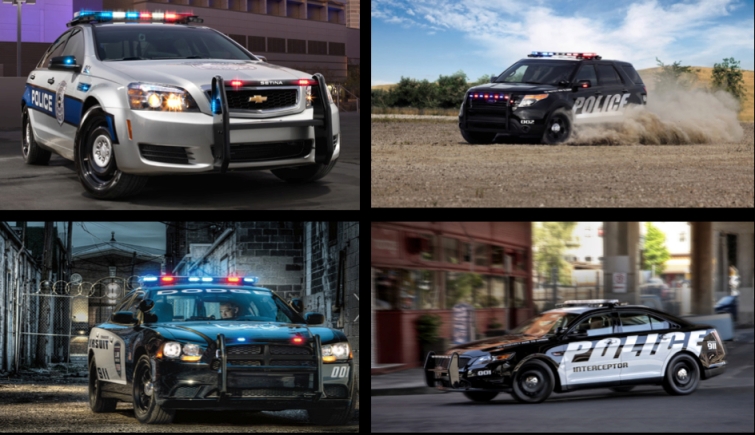 Since Ford has discontinued their Crown Victoria Police Interceptor, police departments have been scrambling to find replacements. For the last 20 years, police departments have relied on the Crown Victoria to provide them with the durability, safety and performance that they look for in a vehicle. Now, several car manufacturers, Ford included, have introduced new police vehicles and departments all over the United States have been seen driving the new ones.

Chevrolet has introduced the long-awaited Caprice PPV, but although there is no civilian model, the Caprice PPV is bound to impress. With a standard 3.6L V6 engine producing 301 hp, and an optional, albeit massive, 6.0L V8 producing 355 hp, the Caprice PPV has several configurations to suit the needs of each individual department. The Caprice PPV is able to achieve a combined 18-21 mpg (depending on the engine), which makes police department’s very happy. Other features include a best-in-class top speed of 154 mph, eight airbags (including ones for the knee) and a rollover detection system, and a 5-year/100,000 mile warranty.

Although the Charger police car has been around since 2006, Dodge offered their new Charger Pursuit model in 2011. With a 3.6L Pentastar V6 producing  292 hp and an available 5.7L HEMI V8 producing 370hp, the rear-wheel drive Charger Pursuit had the best fuel economy in Motor Trend’s police vehicle test, offering 16/25 mpg for city/highway. The Charger was awarded a Top Safety Pick by the Insurance Institute for Highway Safety in 2011, 2012 and 2013.

As gearheads, we all know what the Crown Victoria’s headlights looked like in our rearview mirrors. Now, there’s a whole new set of headlights to learn.