In 1963, employees from Porsche presented a vision for the companies future at the International Auto Show in Frankfurt. The 911 was introduced with a 2.0 liter flat-six pushing just over 130 horses. Fast forward for a quick second to the current 911 which has a 3.4 liter 6-cylinder engine producing 350 horsepower. Porsche has a series of events planned to celebrate the 911’s 50th birthday.

Photo Courtesy of Car and Driver

With 50 years of pedigree, over 800,000 models of the 911 have been sold, as well as possessing about 20,000 race victories under its belt, the 911 certainly speaks for itself. To honor this rear-engined machine, Porsche will be taking a 911 model from 1967 and putting it on a world tour. They will also be putting on special events at the Porsche Museum in Stuttgart. These celebrations are without a doubt necessary. Fifty years is a long time to keep a single car line going. The 911 remains a benchmark for Porsche, as it also represents the foundation of a company now offering five models ranging from mid-engined roadsters to turbocharged SUVs. It will be interesting to see what Porsche does this year for a 50th year anniversary limited edition. How can they not, right? 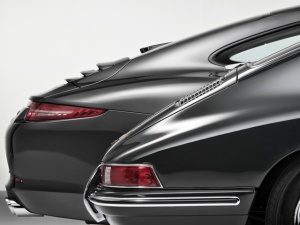